As a reporter and essayist, I have contributed to The New York Times, The Washington Post, the “Ideas” section of The Boston Globe, SmartPlanet.com, NextCity.org, Wired.com, The Oxford American, The Yale Review, and other publications. My essay about living and working in Cairo was selected as a “notable essay” for “THE BEST AMERICAN TRAVEL WRITING 2005.” 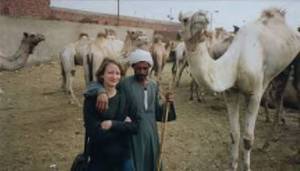 I have experience in both news reporting and features, though mostly I like to write about fascinating people, innovative ideas, and cultural oddities. I’ve also written a lot of travel stories.

For example, for a feature about Errol Morris’s second documentary, Vernon, Florida, I interspersed a portrait of the town with an interview with the filmmaker, in order to probe the relationship between a documentary and its subject matter. I’ve examined the meaning of American mosque architecture, chronicled an early-20th-century man nicknamed “The Radium Hound,” rhapsodized about a worm festival in the Florida panhandle, and visited the internationally unrecognized “country” of Northern Cyprus. I’ve profiled a sideshow banner painter and tracked a day in the life of Florida wildlife inspectors.